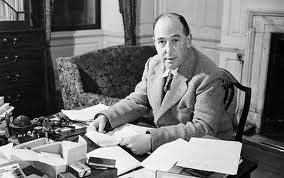 If you become a writer you’ll be trying to describe the thing all your life: and lucky if, out of dozens of books, one or two sentences, just for a moment, come near to getting it across.

There are no right or wrong answers about language in the sense in which there are right and wrong answers in Arithmetic. “Good English” is whatever educated people talk; so that what is good in one place or time would not be so in another […] Don’t take any notice of teachers and textbooks in such matters. Nor of logic.

1. Always try to use the language so as to make quite clear what you mean and make sure your sentence couldn’t mean anything else.

2. Always prefer the plain direct word to the long, vague one. Don’t implement promises, but keep them.

3. Never use abstract nouns when concrete ones will do. If you mean “More people died” don’t say “Mortality rose.”

4. In writing. Don’t use adjectives which merely tell us how you want us to feel about the thing you are describing. I mean, instead of telling us a thing was “terrible,” describe it so that we’ll be terrified. Don’t say it was “delightful”; make us say “delightful” when we’ve read the description. You see, all those words (horrifying, wonderful, hideous, exquisite) are only like saying to your readers, “Please will you do my job for me.”

5. Don’t use words too big for the subject. Don’t say “infinitely” when you mean “very”; otherwise you’ll have no word left when you want to talk about something really infinite.

Clive Staples Lewis (29 November 1898 – 22 November 1963), commonly referred to as C. S. Lewis and known to his friends and family as “Jack”, was a novelist, poet, academic, medievalist, literary critic, essayist, lay theologian, and Christian apologist from Belfast, Ireland. He held academic positions at both Oxford University (Magdalen College), 1925–1954, and Cambridge University (Magdalene College), 1954–1963. He is best known both for his fictional work, especially The Screwtape Letters, The Chronicles of Narnia, and The Space Trilogy, and for his non-fiction Christian apologetics, such as Mere Christianity, Miracles, and The Problem of Pain.

2 thoughts on “Lessons from a Master: C.S. Lewis”